Looking for solutions to building problems is like looking for snakes, if you know where to look you will find them!

A few months ago a lady called and she was upset and beside herself getting nowhere with her building problem.

She had built a swimming pool and then engaged a landscaper to complete the rear garden, and some building works around the house as well as paving around the pool.

The problem was that the coping tiles around the pool have developed cracks and although there was no functional detriment it looked dilapidated. 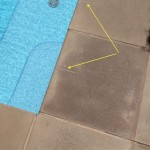 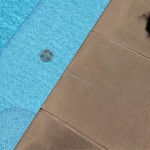 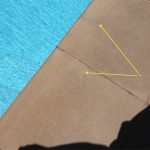 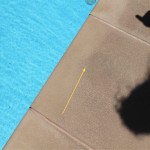 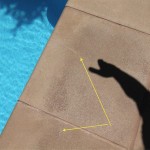 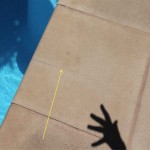 She was on to the tile supplier and the manufacturer and was given the royal run around with no one taking responsibility and on the road to a dead end street. She was on and on talking how the same type of tiles cracked at other pool locations and the supplier knew and was doing nothing.

After listening to her for a while I pointed out gently that she was on the wrong track and wasting her time getting upset for nothing.

The landscaper was her builder and the problem was his to solve , instead he got her to do the running around.

Adding to the confusion was that the landscaper was not registered for building work and he too did not know the proper procedures.

As it happened the landscaper was a decent sort of guy and as soon as his shortcomings were pointed out he came good and promised to replace the coping at his expense and then fight his own battle with the tile supplier. He then made enquiries and took steps to get the proper registrations so he would do the right thing in the future.

Thus at the wave of a wand I had lifted her problems of her shoulders and gave them to the person who was paid to take that risk. Obviously she was relieved.

The moral of the story is that the solutions to your building problems may be where you are  not looking and it sometimes takes outsider with expertise to look in the right place.

She believed that her problems were technical where in fact the solution was contractual.

Of course I have no wand and not all problems can be solved as easily as that and sometimes there is no pretty solution.

This entry was posted in Uncategorized. Bookmark the permalink.