Thermal Imaging Inspection proves its worth, Yet again!

This week I did pre final inspection on a large two storey home. As usual I always scan with my thermal imaging camera looking for defects that otherwise would be unseen. Typically I will find poorly fitted ceiling insulation resulting in thermal bridges. On a hot day heat coming in will be shown as white area on grey background whilst on a cold day it will be dark area (representing heat loss) against a lighter grey background.
As expected I found that insulation batts were not pushed tight against walls and there was a strip of thermal bridge showing on the image: 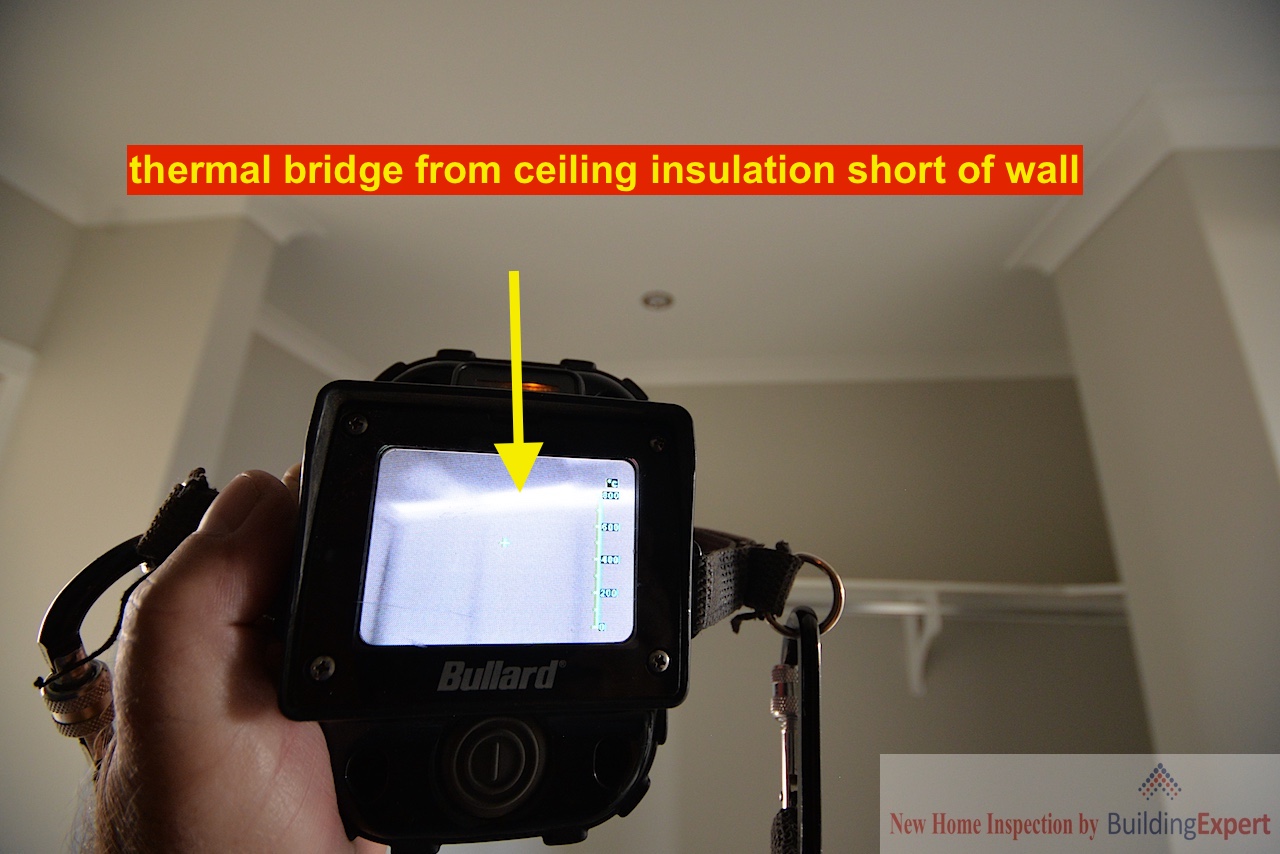 Continuing my scan I came up against roof leak showing up as dark stains on the ceiling. Even though you could not see it with naked eye camera picked up that the wet area of ceiling was colder than surrounding plaster ceiling: 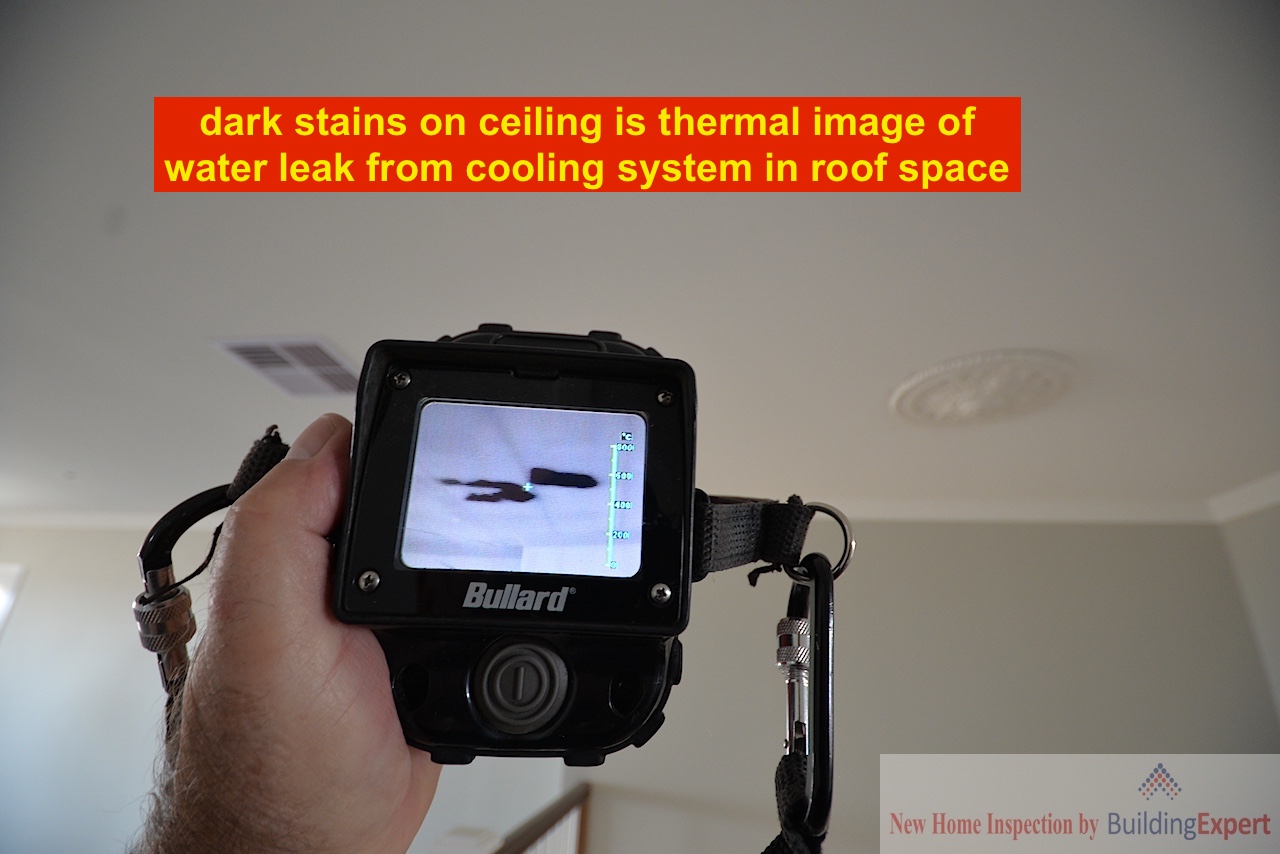 My clients were suitably impressed and builder’s SS who has not seen TI before was amazed but then thanked me and quickly made arrangements to have the leak fixed. This dwelling was not going to be handed over this year and had they not known about and fixed the leak they might have found ceiling on the floor when they came back to work next year.

When you are looking for your independent inspector look for :
relevant qualifications, experience, track record, longevity in business, PI insurance + have they invested in the best equpment to give you best inspection? It will quickly weed them out.

Remember, if you paid a cheap price, you are sailing on a cheap boat, pray it doesn’t get rough.

This entry was posted in Uncategorized. Bookmark the permalink.